Our photos are some of our most coveted items, We keep thousands of them on our mobile devices, we share and upload them constantly. Yet they are the number one thing people lose and are also the most upset about losing. I have lost count of the times customers have approached me with a broken or damaged device asking me if I can recover the photos.

Thankfully Apple have a very elegant system that can take your existing library and upload it to its iCloud system INDEFINITELY! iCloud Photo Library does a few things different and people aren’t really aware of the settings in iCloud that concern Photos and the differences between them.

To put it in one sentence, iCloud Photo Library takes every photo in the Library of the device you enable the feature on and uploads it to the cloud, any change you make whether that be an edit, a deletion or a duplication, is also uploaded.

By adding more devices you get more photos as you are also adding that library as well, everything is accessible on every device. For example if i were to have 300 photos on my iPhone, 300 Photos would upload to the cloud. If I then did the same on my iPad which has 200 photos, it would upload 200 Photos to the cloud. Both my devices would then be pulling photos from the cloud, so the cloud and both my devices would have 500 photos. Don’t think of this as 3 copies, try to think of it as 1 centralised library shared between your Apple devices.

So where to start, in my experience most people back up their computers more than they do their phones or tablets its also usually the device that most people share photos from. So that is the first device I would normally turn on. 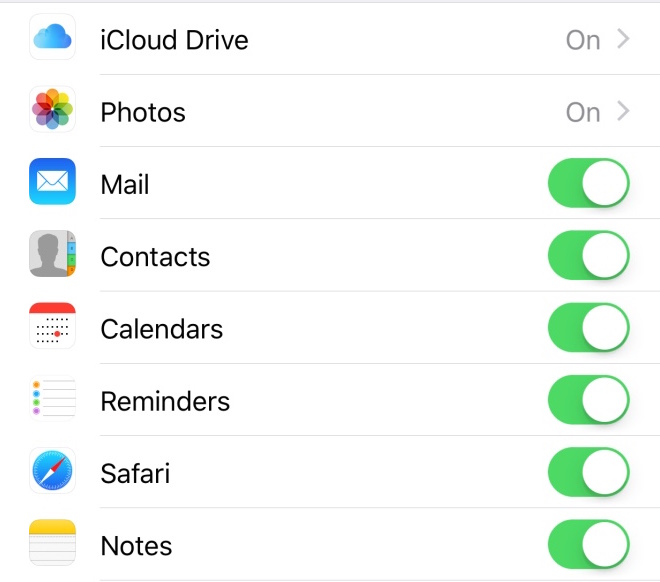 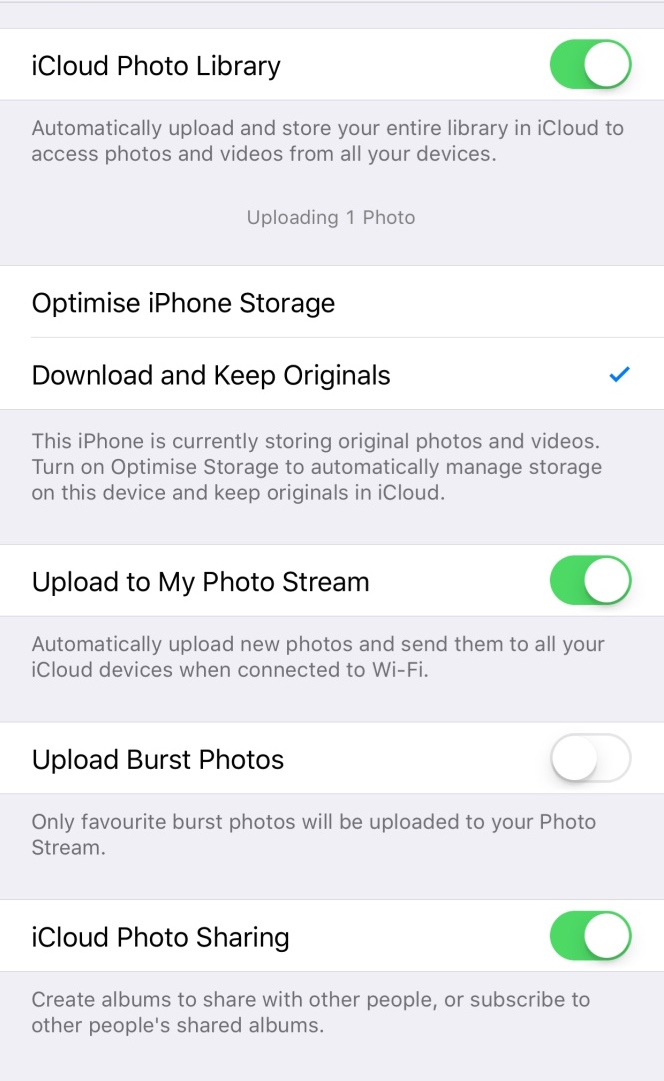 Under the settings in iCloud, turn on the iCloud Photo library it will then start to upload all the photos in that library. Here we can see quite a few other switches. The common misconception is that Photo Stream backs ups and stores photos. It does not. It purely syncs them too all your other iCloud connected devices. iI has limits which are quite generous and can appear as if it is backing up. These limits are 30 days worth of photos / 1000 photos whichever value you hit first.

One thing to keep in mind is storage, especially if you have a 16GB device. Most likely this is filled with photos, by changing the iCloud Photo Library setting from Download and Keep Originals too Optimise iPhone Storage, you can actually save space without losing any photos. It also helps with multiple device libraries, as a few devices can double or triple a library size and with keeping the original on all devices can quickly eat that up.

The other storage option to keep an eye on is the iCloud storage limit, 5GB is given to every account, I recommend upgrading to the 50GB option for 79p per month. It gives you much more scope for storing photos as well as device backups and other iCloud storage related items.