By clicking ‘Accept’, you agree to the storing of cookies on your device for an enhanced experience as well as analytical and commercial purposes. To learn more about how we use cookies, please see our privacy policy.
Allow
Deny

A frequent issue we’ve seen on iOS devices brought in to our stores and service centres recently, is a lack of connectivity to the internet. A lot of the time, the inability to connect to the internet is down to Profiles and VPNs. Get the benefit of our Derby store manager, Rob Whitaker's experience and solve your own connectivity woes without a trip to your local KRCS!

VPNs and Profiles are quite complex and why many people have trouble resolving any subsequent issues. If you know this is the reason causing the connection issue, it can be fixed in a couple of seconds. If you haven't realised this is the cause of your connection problems, often peoples response is to restore the device from backup, which unfortunately won’t work. The only other option would be reformat and setup the iPhone or iOS device as a new device, which obviously deletes all your personal data. Losing your photos, passowrds, contacts and all the other things which make your phone, yours,  is the last thing we want, especially when it could have been averted with a quick trip in to your iPhones settings.

VPN stands for Virtual Private Network. They’re designed to make it appear as if you are connecting to a network from a different physical location. e.g. We have a VPN that connects us to our head office in Nottingham, where certain information is stored. We can then retrieve that information at our Derby location. VPNs can be useul for businesses to give people remote access to their systems, without having to leave all of their systems open to the anyone on the internet who cared to look for them. VPNs are an integral part of sending some, or all of your web traffic, to a central location required for work. Always check if this is the case before removing a VPN. If a VPN has been installed by an IT provider, you should contact them for support in the first instance.

People have started using VPNs because they offer a few benefits to ordinary internet users, but these are usually misunderstood.

VPNs tunnel your network traffic to another network so they can be used to send all your internet traffic to a via a country. This means you can sometimes evade geo-blocking on services like Netflix and BBC iPlayer. However, most providers know what IP addresses public VPN services use, and counter-block. Meaning this is often no longer possible.

Some people use VPNs to give themselves better security online. Everything that travels through a VPN is encrypted on the device, then decrypted when this gets to your VPN provider. Once at your VPN provider all your web traffic is in the clear. Often people see this encryption as a golden bullet for privacy, but its only valid if you trust your VPN more than your ISP (Internet Service Provider). If you’re using public WiFi, you really need to be using a VPN as these will usually be mining your data to pay for the WiFi service. However, on your own ISP or cellular connection VPNs aren't often needed.

Using a well regarded, paid for VPN like TunnelBear is great, but free VPNs are usually paid for by data mining (Hotspot shield, Hola), so if you use one of these this is considerably less secure and private than your own ISP. 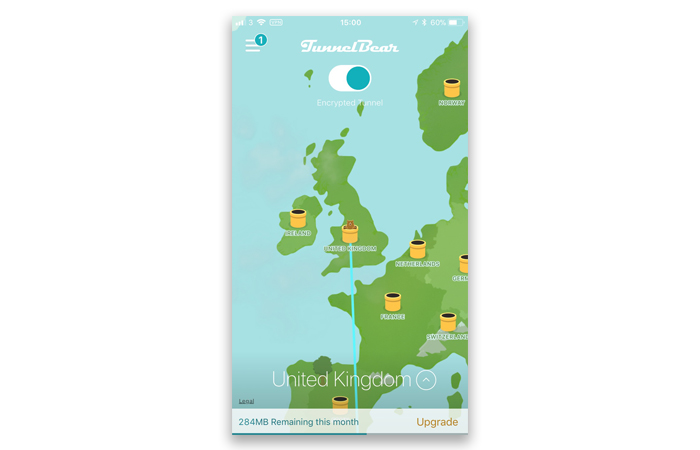 Why are they causing problems?

1. You are using a free VPN service and have run out of data
2. The VPN is wrongly configured - perhaps hasn’t been fully installed, removed, or signed in.
3. You have multiple VPNs that are interfering with each other
4. You are trying to access streaming services which are blocking access because they’re on a known VPN.e.g. Everything else works fine, but iPlayer doesn’t.

What to look out for

How to fix it

Any of these could be a sign a VPN is causing an issue. Do a spotlight search for VPN, this will usually discover the offending Apps. Open the app and turn off the VPN. Deleting the application if it's not used or is not used for business purposes, is advised.

A profile is essentially a small file that contains network settings for the device. This allows businesses to set certain restrictions, custom behaviours, etc. This includes things such as email settings, preventing access to certain websites, VPNs, network settings, and trusted apps.

While these can save a lot of time setting up devices, they can be used to bypass some security settings on the device. Meaning they are often misused to allow privileged access by certain apps to steal data. Apps can also be loaded that haven’t been security checked by Apple, and all of your network traffic to be sent to a certain location.

We have seen profiles used regularly as an iOS equivalent of malware, promising the same sorts of things that malware does on any device e.g. faster wifi, free movies, and extra security. They are also used to allow apps that haven’t been authorised by Apple. Those of you who have beta tested an app for friends/colleagues will probably have one installed, that's fine because you trust them to not put anything malicious in the app. Sometimes businesses will use these for their own internal apps.

Why are they causing problems?

As these are commonly used to configure VPNs, or alter network connections to send all data through a specific data-mining server, they can have the same problems as the VPNs above. It's not usually noticed by users, but these could also be used to perform other unwanted actions like screen recording and personal data access.

What to look out for

Fortunately, these are really easy to spot. Just head to Settings > General > Profile(s). If no profiles are installed then this option won’t appear. However, if a profile is installed you would need to look for it between ‘Dictionary’ and ‘Regulatory’. (See below)

How to fix it

If you know what the profile is for, then that's fine. However, if you don't and you use it for work, you must speak to your IT department or provider. If you are unsure or believe it is for a non-genuine purpose, tap the profile and tap remove. If the profile is genuine it can be easily replaced by whoever issued it.

It's worth noting that profiles can only be installed by entering the device’s passcode, not even by fingerprint. Much the same as entering an admin password on a Mac. However, that's not always enough of a hint that it could be a bad thing.


If you have experienced any of these issues, we hope this article has helped you resolve them.

Or email us at info@krcs.co.uk