By clicking ‘Accept’, you agree to the storing of cookies on your device for an enhanced experience as well as analytical and commercial purposes. To learn more about how we use cookies, please see our privacy policy.
Allow
Deny

The first post on how we came to the Mac, by Jonn, our Nottingham store manager and his beloved clamshell G3 iBook. 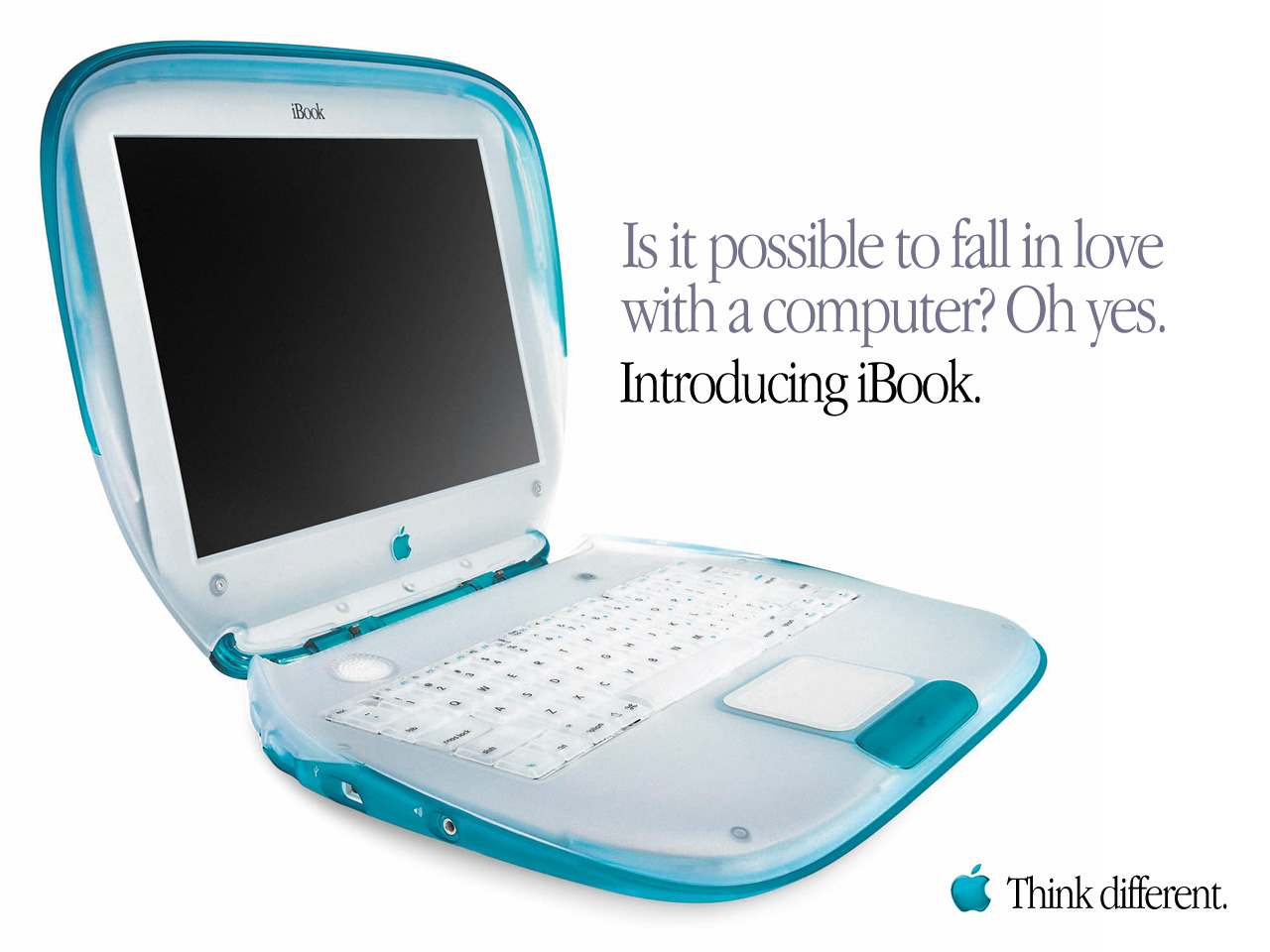 It was the summer of 2002, a young musician found himself spending hours up and down the country in the back of a sweaty, beaten up white transit van. Playing gigs to one man and his dog and usually to a group of other musicians on the same bill. Tiring of the rock music his band was playing (even though he was brought up on it…), his mind and tastes had turned to Hip Hop and music of an electronic variety.

He was held back by two things -

No electronic instruments and to be honest, for him to buy them would cost an arm and a leg.

He was no stranger to PC’s, he had grown up on BBC Micros at school. He had fought his way through building and re-building PC’s from scratch, only to be annoyed by incompatibility of hardware and a lack of technical knowledge.

A friend turned up at the studio on hot July day… ”Hey, do you know anyone who wants to buy this?” A blue and white laptop was placed on the desk in front of him, looking like a Fisher Price computer from the future - 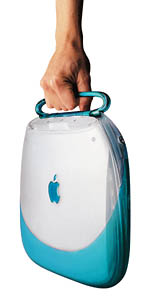 He unwound the power cable, which looked like a yo-yo, and plugged it in to the side - it glowed a satisfying green…

He powered it up to a chime and a small, smiley faced machine welcomed him. He was in love. It wasn't new, it showed signs of being “loved” but, it was a fully functional, G3 Clamshell iBook running Mac OS X 10.1 - “Puma”. 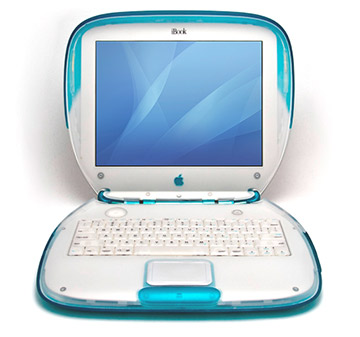 A haggle, some back-and-forth came before he ran to the bank, took out £300 and the blue and white machine was his.

It became his companion. No longer did he have to rebuild things, or struggle with making sound cards work with motherboards. It joined him on long trips in the back of transit vans and small dressing rooms, headphones plugged in. A copy of Reason became his sketchbook, creating breaks and beats, using thousands of pounds worth or instruments virtually, that he could never afford in reality. Layering track after track over, to create his opus. It was carried on his back wherever he went.

It became storage for his photos from shows, it helped him keep track of the gigs they played, it even ended up assisting in writing the bands rock songs, a digital sketch book for audio dreams. It connected up to telephone lines in dressing rooms and allowed him to access AOL… Albeit, slowly.

Two years later, they were playing a gig in Glasgow. A great gig, filled with sweaty people and many drinks, he returned to the transit van to find the back doors had been broken open.

He rushed into the van. Looking under his seat frantically, hoping his bag was there… It wasn’t. His life was gone. His weren’t the only possessions missing but, to him, it was the one thing that he didn't want to be without. His music that he’d crafted over months was lost, his memories were never to return.

The long, night time journey back was blacker than usual. What would ordinarily be time illuminated by a screen, surrounded by sounds, was… Dark. Quiet. And long.

The empty gap was filled in late 2004 by a gleaming white machine (late-2004 iBook G4), but it wasn't the same. Sure it was lighter, and certainly faster but, there was no replacing the blue and white. The seed was sown, however. “Once you go Mac, you never go back.”.

End Note - He actually got the same model second-hand around 3 months ago for £25. It’s joined the collection of old Macs including a Performa, G4 Cube, G3 Power Mac, 2 x G5 Power Mac (eventually being turned into a bench) and many more…

For the truly dedicated, someone has Frankenstiened a MacBook Air in to the chassis of a clamshell iBook.. That's some DIY project!