Anyone who has recently updated to the latest Mac or iOS will most likely have noticed a lot of changes. The well received dark mode or the dynamic desktops on Mac OS Mojave or the speedier apps and new photo features on iOS 12 are all obvious and welcome parts of the updates. What might have passed some people by, is the huge improvements to Apples' App Stores. 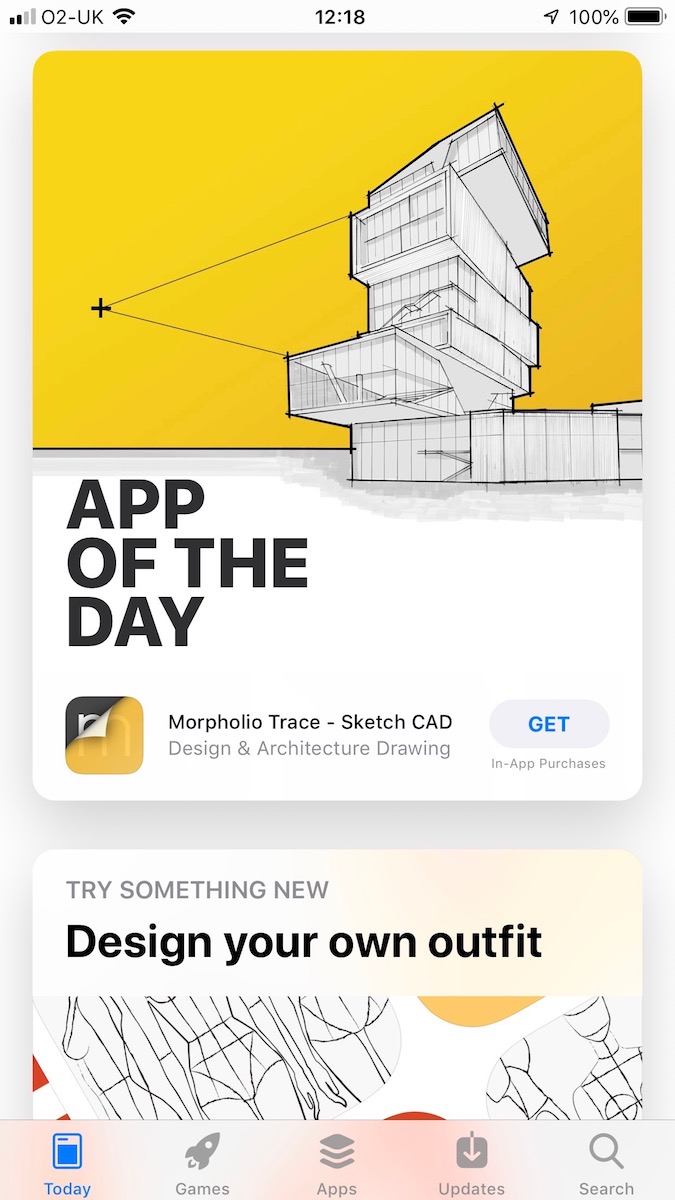 Since it's launch on iOS on July 10th, 2008, the App Store has gone from strength-to-strength. From initially suggesting that web apps were the future when the iPhone was launched, Apple moved to give developers better tools to build more compelling experiences. Apps, Apple recognised, were going to be crucial to developing iOS in to an attractive, compelling platform for consumers. They've been proved right, as the app eco-system has bloomed, with over 2 million apps in the iOS App Store by 2017.

As vital as apps have become to Apple users, both on iPhone, iPad and Mac, the task of finding them for users, was a difficult one. Relying on a much criticised search system, an equally criticised app review platform and often, simply word-of-mouth recommendations between users, limited the discoverability of applications and often left users frustrated. Apple have taken major steps to address this.

A round of talent acquisition began at Apple, picking up the likes of Chris Breen, former MacWorld editor, Dan Frakes, also of MacWorld, as well as Wirecutter and the New York Times and Serenity Caldwell from iMore. All top-tier Apple journalists, who have been pulled in to help work on the new format App Store. It's no wonder there is now such a clear focus on great editorial content and it's the backbone for a new, curative approach to helping customers find apps.

The iOS App Store, due to the "walled garden" nature of iOS has been the only place to go for people to get apps on their iOS devices. Traditionally, Mac and PC users have been used to searching the web to find, download and install software for their computers. The advent of a Mac App store should, in theory have made the process a much easier, one-stop-shop, for Mac users but as it shared much of the same problems as the iOS App Store, it didn't take off the way it might have been expected to. It, in particular, has benefitted from this new approach, with beautiful, unique artwork and editorial content being created to highlight the best mainstream and indie offerings.

Take, for example, the front page of the App Store today (07/11/2018), with a clear, engaging layout and beautiful artwork, designed to look like a small magazine page. 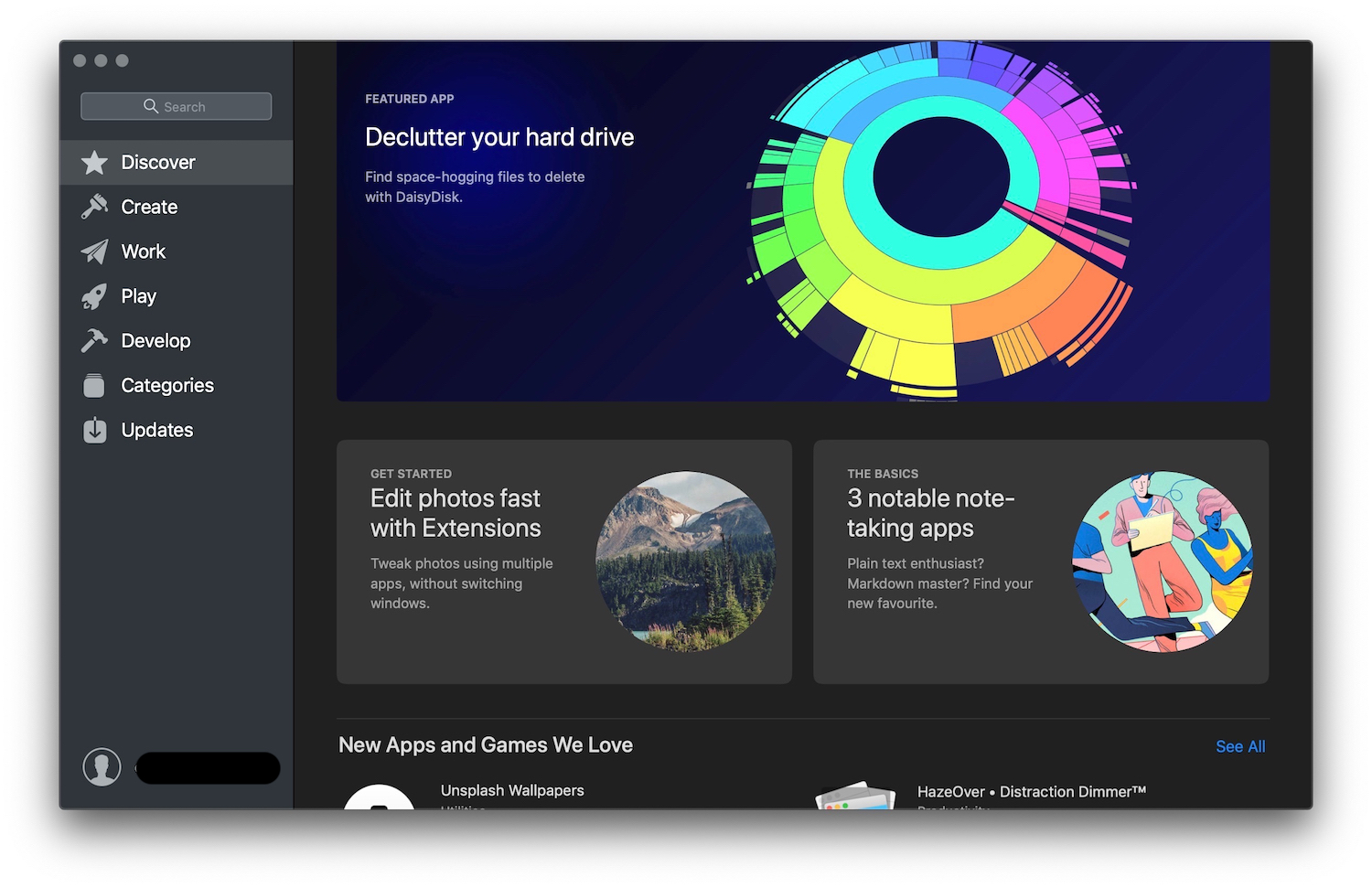 This leads through to equally well designed and laid out articles, showing and explaining the benefits of the apps being focussed on. Far more depth and infinitely higher quality coverage, that will help inform an App Store customer, when making a choice on which new app to download and install. 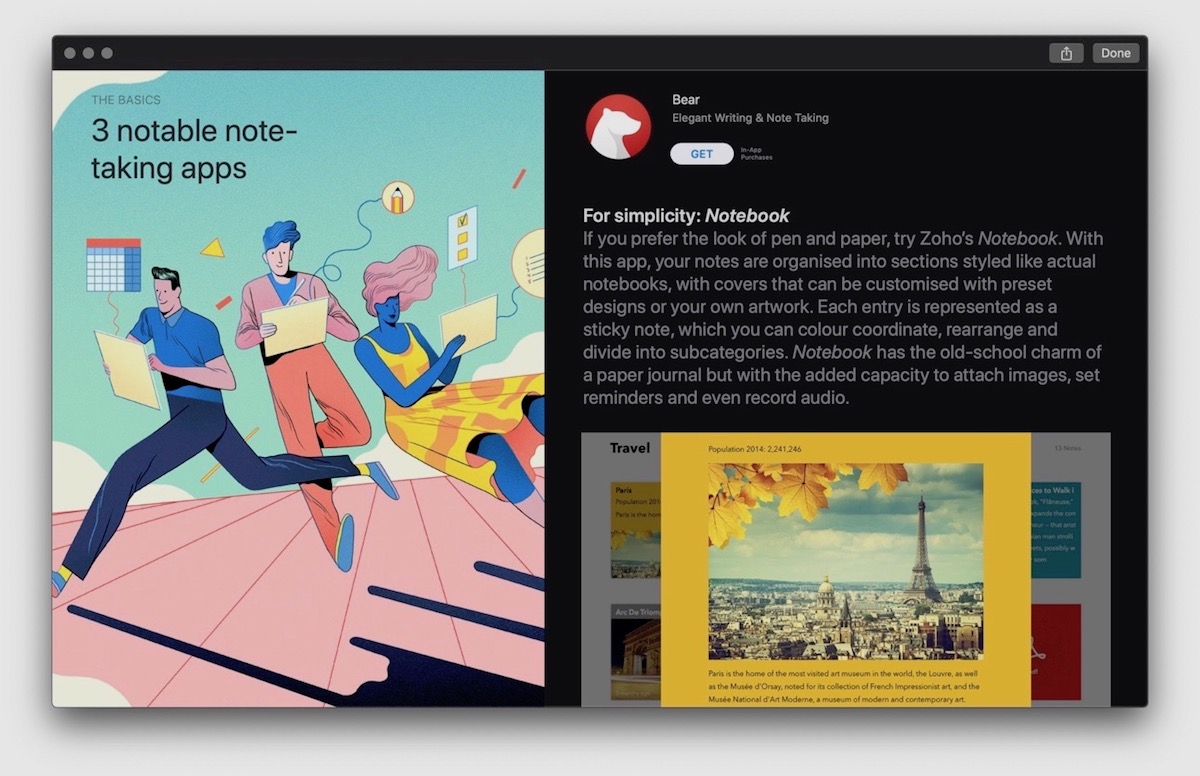 On the iOS App Store, it's just as great. Again, with an example from the 7th of November, 2018, the iOS App Store has an amazing guide to starting out with an app, which allows you to easily create professional-looking animated versions of still images. With a clear set of instructions and helpful screenshots, the piece is well put together, great to look at and inspiring. The app, Enlight Pixaloop, is already downloading on my iPhone. 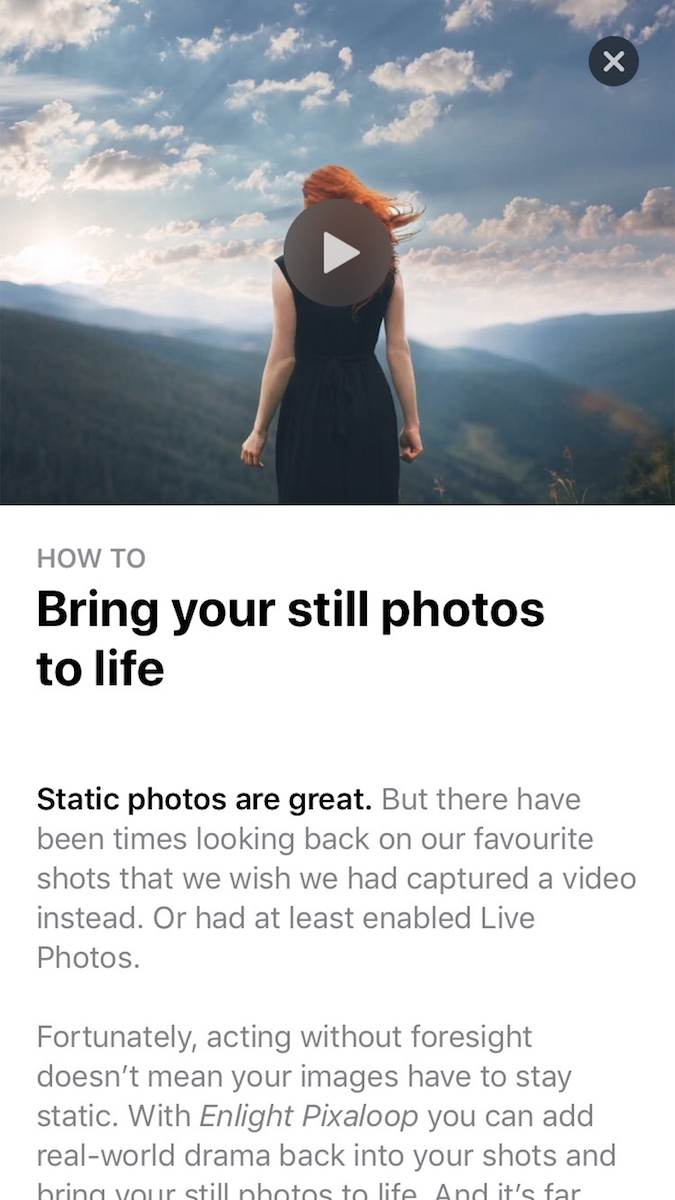 So, whilst it may not be what many users first notice on updating to Mojave or iOS 12, it's certainly going to be one of the key parts of helping Apple and it's many customers, continue to get the most from their devices in future. Our apps are often only as good as the uses we have for them, and apps are a crucial part of that utility. Having a beautiful, easy way to find the best ones, can only be a good thing.